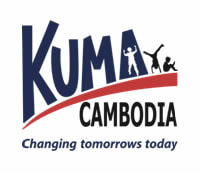 From a parents view:

Mrs Sreng Savoeun is one of many parents whose lives have been changed by the Kuma School. Born in Prey Veng province, the 38-year-old is married with three children and is now working in the school as a cleaner.

Savoeun got married in 1989 and worked with her husband as a farmer. They were forced to move several times within a short period of time as their financial situation worsened. In 2009, having lost all of their money and forced by the government from their land, they ended up in Ta Khmau. They worked very hard to provide for their three children, but as they became increasingly desperate and domestic violence in their home worsened due to the stress of their situation, they were forced to send their two older children into an orphanage, where they knew that they would be cared for and given an education.

In September 2012, Savoeun’s youngest daughter Panha was selected to attend Kuma Cambodia. With more free time on her hands while Panha was at school, Savoeun started looking for a job to help supplement her husband’s income, taking on work in construction and at a factory. Things calmed down domestically, and the couple grew happier seeing the change in their daughter after she started attending the Kuma School. They continued to work hard and were saving to get a motorbike for their family.

In early 2013, Savoeun was hired as a cleaner at the Kuma School. Ever since she started working there, the people surrounding her have commented on how much her life has improved: she is happier and she can now afford better clothing. The manager and staff of Kuma are also full of praise for her hard work.

Savoeun said: “The Kuma project [has made] my family’s life better. Because of the Kuma project, I can now support my parents at my birth province when they need help or are sick. The Kuma project teaches all the parents how to reduce violence in their family and how to sustain their livelihood and make the family home a good place.

“My daughter has changed a lot since she started studying at the Kuma School. She speaks nicely and does not use bad words or show bad character to her elders. The Kuma project is a great project that will bring a good future for the poor kids who have no chance to study at the public school. My daughter hopes that she will became a nurse or a doctor in the future. Lots and lots of thanks to the Kuma Cambodia School!”